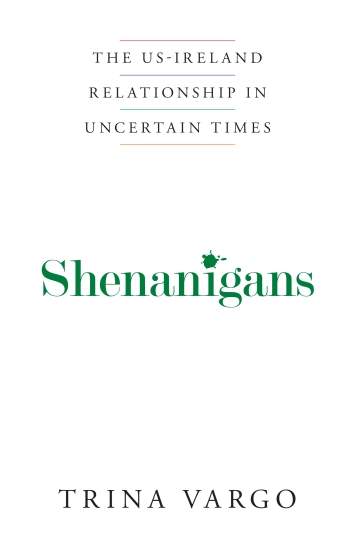 Vargo has navigated the corridors of power in Ireland and the United States, experiencing first-hand the deep affection each country holds for the other. She has also seen valuable opportunities squandered—and sabotaged—by those on both sides of the Atlantic who jealously defend their turf against imaginative ideas.

Vargo passionately believes the US-Ireland relationship needs to evolve and to survive. Shenanigans gives an unvarnished account of the challenges and poses serious questions about the future of the relationship that should be carefully considered by anyone who cares deeply about both countries.